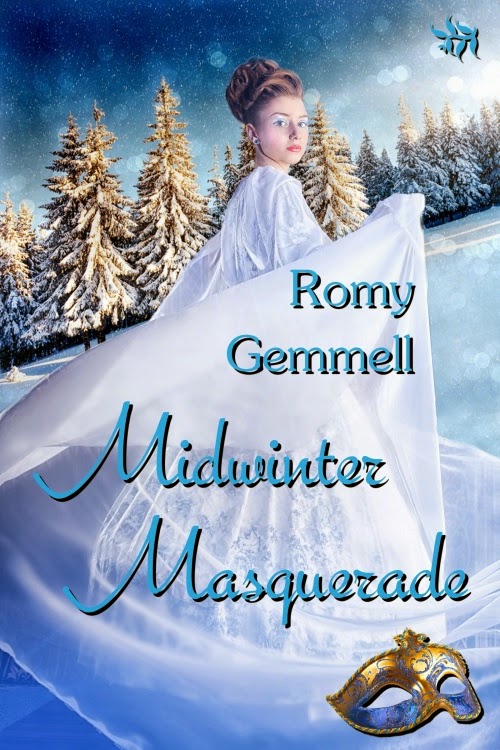 At his Scottish country estate, Edward Montgomery awaits the arrival of the woman he should have married seventeen years before, while his niece Annabelle begins to fall in love. But is it with the right man?

As they all prepare for the Masquerade Ball on the Winter Solstice, new arrivals cause uncertainty and reveal past secrets. But who will win Lenora’s love in the end?

As the carriage departed from her house in Edinburgh’s Charlotte Square, Lady Lenora Fitzallan settled back in her seat and contemplated the change to her plans since receiving the unexpected correspondence.

“Let me read the letter again, Lenora, if you will.”

Lenora reached across the short distance and handed the well-folded paper to Lady Clarissa Pettigrew.

Lenora’s godmother read the letter twice over, then handed it back. “How mysterious, my dear. And you had no knowledge of this niece, Annabelle, whom he wishes you to meet?”

“Not only have I never heard of the girl, but I’ve had no contact from Edward Montgomery in seventeen years, which makes his invitation to a midwinter solstice house party and masquerade ball all the more intriguing.”

“One wonders how Mr. Montgomery knows you to be a widow. His invitation would not otherwise have been proffered.”

Lenora turned the letter over in her hand as if the answer to her godmother’s astute question could be found there. “I do not know, Godmother. It is exceedingly curious.” She fingered the firm, sloping signature before returning the missive to her reticule. She knew it by heart, especially the part concerning the unknown niece. A sudden vague remembrance surfaced of rumours about the birth of a child, and she recalled Edward had a younger brother but knew nothing of his life. But why should the girl be in Edward’s care, as the letter inferred?

“Annabelle is becoming even more unruly now she is almost of marriageable age. She appears to be forming an unsuitable attachment to Mr. Frederick Shaw. My purpose in writing is to ask if you might consent to joining a small house party we are to have at Marlings around the winter solstice as part of the festive period. Several of the large houses nearby will be celebrating midwinter with dances and concerts and I am concerned that Annabelle should be in good company.”

Lenora pushed aside her questions, and a niggling little doubt that refused be given substance. She would meet the girl herself soon enough when all questions would be answered.

As the carriage lurched over the cobblestones on its way through the New Town, Lenora had to admit to curiosity about Edward. She tried to picture how Edward Montgomery might now appear and could imagine only a more mature version of the handsome young man who had stolen her heart so many years ago. Now she was no longer a young girl in her first season with hope of an advantageous marriage, but a wealthy widow with several admirers. And yet, a deep part of her longed to fulfil the passion of which she was capable and that had been denied for too long.

As though hearing her thoughts, Lady Pettigrew spoke again. “I dare say Sir Charles Osborne will be nonplussed to find you gone over the festive period, my dear.”

Lenora sighed. “He must surely understand by now that I am not contemplating a future with him. I endured quite enough boredom in my marriage and will never marry again unless for love, for I have no need of security.”

She paused, then decided to keep her other thoughts to herself. There was one more reason for marrying again: to bear a child before she was beyond such a possibility. If she were honest, Edward’s description of a lively, wayward niece sparked more interest in her than the dull, gray streets of Edinburgh in late November. 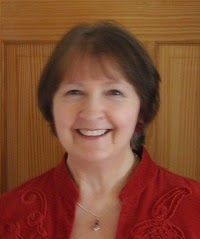 A freelance writer for many years, Romy Gemmell’s short stories and articles are published in UK magazines, in the US, and Online and she has won a few short story prizes over the years. Her first historical novel, Dangerous Deceit, was published by Champagne Books in Canada in May 2011 (as Romy), and Victorian novella, Mischief at Mulberry Manor, was published on kindle in December 2012. First tween novel, Summer of the Eagles, was published by MuseItUp Publishing in Canada in March 2012 (as Ros) and The Jigsaw Puzzle is now released in April 2013. She describes herself as a butterfly writer, as she writes in so many different genres and different styles. Rosemary is a member of the Society of Authors, the Scottish Association of Writers and the Romantic Novelists’ Association. She indulged her love of literature and history by achieving a BA hons followed by a Masters in Humanities degree as a mature student. Happily married with two grown-up children, she loves to dance!

Posted by Tirgearr Publishing at 4:00 AM