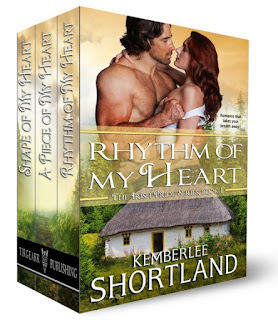 Rhythm of My Heart - Eilis Kennedy, gave up a singing career to become an Artists Representative with Eireann Records. Kieran Vaughan is just the talent she needs to contract who will really launch her career, while at the same time getting her out from under her boss's thumb. Fergus Manley vows to have Eilis in his bed at any cost.

A Piece of My Heart and the short story sequel, Constant Craving - Ten years after their break-up, the addendum in Mick's father's will forces Mick and Kate together to save Mick's heritage. Kate thought she was falling in love with Mick all over again, but a new revelation is too much for her. She is determined to finally say goodbye forever to her childhood sweetheart. Mick has other plans for Kate's future. And none of them involve goodbye.

Shape of My Heart - Gráinne moonlights at The Klub! to earn money for college tuition. John ‘JD’ Desmond is an undercover detective. The Klub!, owned by Jimmy Malloy, is being used as a drug front, headed by the notorious Taylor 'The Hunter' Wade. JD wanted Gráinne to snitch for him, but things get complicated when they fall in love. When Gráinne witnesses Jimmy’s murder, she and JD are forced to run for their lives. 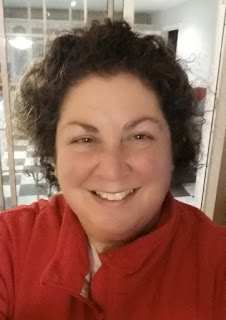 Kemberlee is a native Northern Californian who grew up in a community founded by artists and writers, including John Steinbeck, George Sterling, and Jack London. She has dual diplomas -- canine and feline nutrition, and hotel and restaurant management. At one time she also ran a private part time obedience business, and also showed English Bull Terriers In 1997, she left the employ of Clint Eastwood to live in Ireland for six months. It was there she met the man she would marry, and relocated to live in Ireland permanently. While always writing, Kemberlee earned her keep as a travel consultant and writing travel articles about Ireland. In 2005, she saw her first romance sell, and to date, she has eight published romances. Kemberlee enjoys her two Border Collies, who feature on the cover of A Piece of My Heart, and also knitting, gardening, photography, music, travel, and tacos!

Posted by Tirgearr Publishing at 2:48 AM No comments: