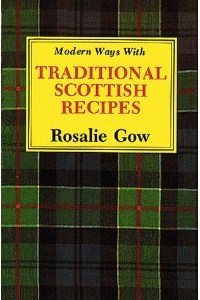 
ROAST CHICKEN with OATMEAL STUFFING and BREAD SAUCE
For the Stuffing﻿:
1 cup oatmeal or loose oats
Poultry herbs, such as fresh sage and/or thyme
¼ cup butter (½ stick)
1 small onion, minced
Salt and pepper to taste
Preheat oven to 350°. Mix oatmeal, onion, herbs, and salt and pepper together in a bowl by rubbing into the butter. Stuff and truss a good-size roasting chicken. Smear chicken with butter and/or bacon fat and roast until done, basting occasionally. (Note: A pop-up timer is always helpful when roasting chicken.)
For the Bread Sauce:
Remove crusts from 2 large slices of bread. Process into crumbs. Place crumbs in small saucepan with 1¼ cups milk, salt and pepper, and a small onion stuck with 4-5 cloves. Bring to a boil. Simmer to infuse flavors for 20-30 minutes. Remove onion, adjust seasonings, and serve with chicken. (Note, some cooks mince the onion and leave it in the sauce. A matter of taste, entirely.) Enjoy!
Posted by Pat McDermott at 6:23 AM No comments: 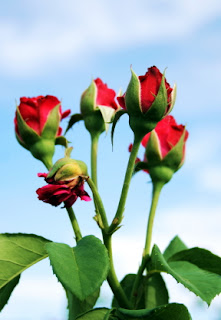 Once again this weekend my blog will be open to Celtic and historical writers, to post promotion or chat in the Comments section of this post.  By all means, introduce yourselves and leave us some blurbs, excerpts and links.  If someone is looking for a read, feel free to browse.   No pressure.  If you want a closer look at a book, just copy and paste the buy link in your browser.  Authors,  show us your stuff!  :)  Readers, feel free to comment and let us know what you're looking for.

Of unicorns and Welsh mountain ponies . . .

Can a young girl and a sixty-something woman have something in common--say, a white unicorn in the form of a wild mountain pony? 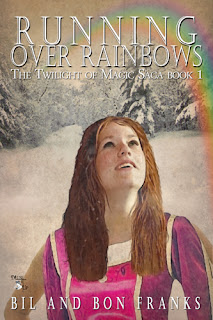 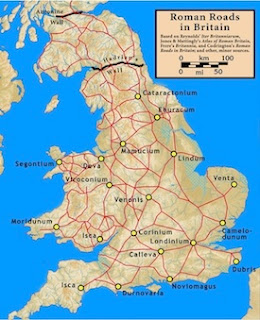 Bil and Bon Franks are thunderstruck at our good fortune of having a four-book saga be accepted by MuseItUp Publishing.
Thanks,  Miriam Newman, for  letting us introduce our first book here on your beautiful site; and for overlooking the niggling little fact that the setting is not “celtic.” Later, yes . . . everyone ends up in St. Patrick’s Ireland.
The time is roughly 429 AD. The place, Britannia on the eve of Roman retreat. A 15-year old girl is sent  by her mother to stay for six months with her great-aunt Marrie. She has traveled from the area around the Roman fort Deva Victrix (modern Liverpool) west to the province of Lindum (present day Lincoln).

The girl is a hellion, plain and simple. She’s been a tomboy all her life, especially since  the death of her father five years before. Her mother has allowed her to run virtually wild on their ancestral estate. Now, however, she has drawn in the reins in an ancient call to tradition: her daughter Caylith must learn how to become a woman. A landed woman, a woman of influence and means, a woman who will know how to choose a proper mate when the time is right.
So great-aunt Marrie, the aunt of her dead Roman father, is to take the teen into her Roman manor and teach her, among other subjects, money, manners, and proper marriage.
But Caylith has other goals in mind. While her elderly aunt is outdoors where the spirited teen longs to be, she is festering to be free of the linen-storage room where Marrie keeps her busy counting supper towels.
The mischievous redhead cannot be held captive for too long and soon discovers two of her aunt’s long-held secrets.
The book is as much about the elderly Marrie as it is about Caylith. She, too, is a redhead; and she, too, has a certain streak--but she keeps it carefully hidden from everyone. When Caylith begins to discover her secrets, the novel explores the convergence of old and young, reality and magic.
On Christmas Eve, Aunt Marrie schedules a formal dinner for Caylith to show off her newly taught life skills, but Caylith is nowhere to be found. Has she run off to chase a unicorn  . . . or will she manage to save the day, despite still being untamed by her well-meaning aunt?
Our book will debut January 18. Meanwhile, MuseItUp Publishing has given us an early-order buy link with a promise of 20% discount, at this link: http://bit.ly/Z93TBf

Next time we're invited back, we'll publish a short excerpt from the book. We promise, it will appeal to readers from the 'tweens to the twilight years!

The sagas of THE TWILIGHT OF MAGIC 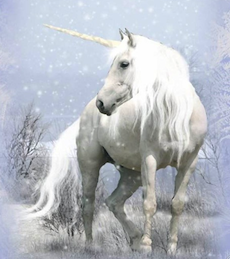 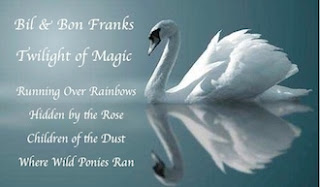