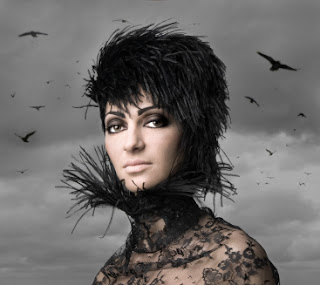 Just about the time Rebecca Vickery asked me to write a short story for her  Historical Anthology, I had been thinking of the poetry I wrote for forty years before I ever published a romance.  Some of that poetry was very romantic and much of it was based on the Irish Bardic poetry of my childhood.  The echo of that style can be heard in the works of Gerard Manley Hopkins, W. B. Yeats and Dylan Thomas, but the earliest written Bardic poetry dates back to about the 6th century, and the oral traditions of bards greatly pre-date that.  The “Tain Bo Cuailnge”—the Cattle Raid of Cooley—falls into that category and is mentioned in my story, “Deirdre.”  Much of the Bardic writing would hardly be recognizable to modern readers as poetry, comprised as it was of long genealogical records and nearly journalistic accounts of deeds of lords and ancestors.  The ancient tale of Deirdre of the Sorrows, with which I was raised, falls roughly into that category and I had begun to wonder if I would like to undertake my own rendering of the ancient tale in a style reminiscent of Bardic poetry yet written as prose.  Rebecca’s email came right at that time and a new project was born.
Along with my contribution to the anthology, there is a wonderful Highland romance and two pieces of Americana--one set against the backdrop of the Civil War, the other about the early coal mining days of our new country.
The anthology is available as an ebook or in print and can be purchased at:
http://victorytalespress.yolasite.com/online-store.php 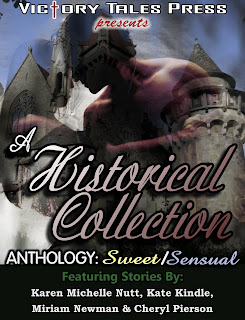 Posted by Miriam Newman at 7:51 AM No comments:

Email ThisBlogThis!Share to TwitterShare to FacebookShare to Pinterest
Labels: Deirdre and the Sons of Usna, Victory Tales Press

THANKS TO OUR READERS AND CONTRIBUTORS!

The Celtic Rose has now officially been in existence for just over one year, and in that time numerous wonderful friends have posted and readers have responded with more than 4,000 views of the blog.  I am truly touched and grateful and sincerely hope we're bringing a little sunshine to readers interested in all things Celtic.

In celebration, I would like to send an autographed copy of the Historical Anthology collection by Victory Tales Press, in which my short story Deirdre is included, to the first commenter who leaves an email address.  I will use this to contact you for your snail mail addy.

Scroll down a bit and you will see the picture of Deirdre and be able to read a bit about this wonderful anthology.

Like so many authors, I am busy right now preparing to go to the RWA Nationals conference in New York, but I will do all mailings first, and hopefully return refreshed and recharged for another great year at The Celtic Rose.  Oh, and I am presently working on an Irish tale of my own devising, The Legend of M'Rith.  Look for that one later this year.

Fond best wishes to all of you.
Posted by Miriam Newman at 1:22 PM 3 comments:

Email ThisBlogThis!Share to TwitterShare to FacebookShare to Pinterest
Labels: Deirdre and the Sons of Usna, The Celtic Rose, Victory Tales Press

Today is a special day here at The Celtic Rose and I am excited to share with you my interview with The 42nd Royal Highland Regiment.
I have had the pleasure of watching these men perform on many occasions and I can honestly tell you that it is a wonderful experience each time.
I hope you will sit back and read along as I introduce to you The 42nd Royal Highland Regiment and their fierce leader, Preston Smith.
*Preston, thank you very much for joining me here today. I would like to start off with an explanation of who The 42nd are.
PRESTON-
The 42nd Royal Highlanders is America’s Premier band of pipes, fifes, and drums. We portray the 42nd Royal Highlanders (aka today as The Black Watch), of the American Revolution era (~1777).
The 42nd Regiment was the most senior of all the Highland Regiments – first coming to North America in 1756 for the French and Indian War. The regiment fought in a famous but ill-fated attack on Fort Ticonderoga in 1758, and was given the title of “Royal Highlanders”. The 42nd traveled to western PA in the early 1760s, and down the Ohio in 1765 to the Mississipipi River to take possession of Fort de Chartres at the end of the war.
During the War for Independence, the 42nd fought throughout New York, New Jersey, and Pennsylvania.
The 42nd band of music portrays the 42nd of the Revolution – and fields the highland pipes, 6-hole fifes, and the rope-tension drums that would have been on the field during the revolution – the only such band in the US.
*Why were they called ‘The Black Watch’?
PRESTON-
Before becoming a Regiment of the line, the 42nd served as Independent Companies of the Highland Watch in Scotland – essentially law enforcement.
The origin of the name “The Black Watch” is murky – some say it’s a reference to the distinctive dark tartan worn by the regiment; some say it’s a reference to the Watch’s “black hearts” policing their own people; and others believe it’s a reference to their watch of the “black trade” – cattle rustling.
The Black Watch became the official name of the regiment in the late 1800s, and today the 3rd Battallion of the Royal Regiment of Scotland carries on the lineage of the 42nd.
*How did this group come to be formed in Lafayette, IN?
PRESTON-
In the early 1970s, Thomas Griffin was a director of the Tippecanoe Ancient Fife and Drum Corps, also from Lafayette. Around 1975, the bicentennial brought out a resurgence of 18th century music, particularly corps of fifes and drums.
Being of Scottish descent, and a piper, Tom set out in 1975 to create a unit that would carry on the history of the regiment, and bring Scottish field music to the world of 18th century music.
*What is the goal of this group?
PRESTON-
·        To present an authentic-looking portrayal of the men and music of the 1777 42nd Royal Highlanders
·        To present a unique program of 18th century Scottish field music, with elements of the state of the art in piping, fifing, and drumming
·        And to be the group that everybody else wants to be!
*How many participate in the group and what are the instruments involved?
PRESTON-
We field around 25 men at full strength, in several different sections:
·        8 bagpipers
·        4-5 fifers
·        6 drummers
·        6 color guard – uniformed as private soldiers of the regiment
During band performances, in addition to the music of the pipes, fifes, and drums,  a show by the 42nd will feature demonstrations of the arms drill used by British soldiers during the revolution, and Highland Dancing. The 42nd’s regimental dancers will perform either the Highland Fling or the Sword Dance.
*What kind of events does The 42nd perform at?
PRESTON-
Being such a unique group, the 42nd can fit in just about anywhere – many of our regular performances are at historical festivals like the Feast of the Hunter’s Moon, Mississinewa 1812, or the Fort DeChartres Rendezvous. The band will also perform at civic events around central Indiana, parades, and pub performances.
On occasion, the 42nd will appear at large fife and drum gatherings (a “muster”), or will appear at a Highland Games, which are always interesting. We’re not quite a fife and drum corps, and not quite a regular pipe band, so for either of these audiences, the 42nd is something new and unique.
*How does a person become a member of The 42nd?
PRESTON-
There’s a number of different ways to be involved with the 42nd – men interested in 18th century music or military life can participate in the band of music; anybody interested in Scottish Country Dancing can take classes with our partner group “The Whole 9 Yards”. In recent years, our camp life at festivals has even begun to incorporate civilians in support of the band and military.
If volunteering is more your speed, the Forfar Bridie booth at the Feast of the Hunter’s Moon is one of our major fundraisers – volunteering for a shift is an excellent way to contribute.
Or if you just like to be involved in things Scottish, you can sign up for the 42nd’s mailing list or Facebook page, and participate in cultural events – we’ve hosted a Robert Burns Supper every January for nearly 30 years, we hold events like Whisky tastings, golf outings, hold concerts, or arrange trips to see Scottish performers. All of these things can’t happen without volunteers!
*Can you tell us a little bit about the CD’s you have out and where we can find them?
PRESTON-
In 2010, we released our 2nd recording – “No Matter What the Season”, featuring 22 tracks of music of the pipes, fifes, and drums. It’s available for purchase via mail, iTunes, or Amazon MP3, and features many of our newest arrangements that you can hear today when we perform live. If you visit our web site, you can preview all of the tracks on the CD.
Here is a link to our performance of “Highland Cathedral” at Freezer Jam 2011 - http://www.youtube.com/watch?v=vDZMF3930vs 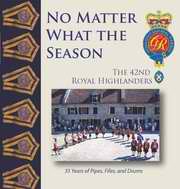 We also have our first (1996 – self-titled) CD available on iTunes or Amazon MP3.
*To learn more information about The 42nd Royal Highland regiment, where can you be found?
PRESTON-
You can find us on the web at http://www.42ndRHR.org, or on Facebook at https://www.facebook.com/42ndRHR
Preston, I want to thank you again for taking the time to talk with us today. I look forward to watching The 42nd perform soon and wish you all luck in the future.
PRESTON-
You’re very welcome – I hope to meet some of your readers as we perform around the Midwest this season!
Posted by Sarah Hoss at 4:50 AM 4 comments: