Fresh from my friend Ashley York’s post last week at her blog, http://wp.me/p3ButH-3z, I’m going to continue with my own musings about My Writing Process.

What am I working on now?  Well, I’m smack dab in the middle of Book II of my Eagle Trilogy with “The Eagle’s Lady.”  Set in 800’s A.D. Ireland and Norway, it’s the story of Maeve and Ari.  Son of an impoverished, dying chieftain, Ari raids for booty to support his home.  He’s a raider, a heathen, a murderer. It is forbidden for any Christian woman to love him.  In Book II, Maeve fears she may have done just that.

How does my work differ from others in the genre?  I will let one of my readers speak for me. “I like your books. Fun! Reminds me of the books that I sought in my twenties. I outgrew those books but missed them. I tried to read them again but they were too poorly written for me to enjoy. You have solved that problem...your writing makes the stories more adult and therefore more believable stories. As I said: great fun!”

I was happy to see her comment not because I consider early romance poorly written but differently written—for a different time and market.  I loved those books, too, but I was 56 years old before I wrote my first one and from the beginning I envisioned a book with a gritty dose of realism.  I write primarily historical romance, about times and places when life was vastly different, and I try to portray it as accurately as possible without missing the timeless element of love.

Why do I write what I do?  Ah…that’s an easy one!  Just for the sheer joy of it.

How does my writing process work?  If I knew that, I’d patent it, although I’m not sure anybody would want to buy what I’d be selling!  It all begins with my Muse, Persephone, and she is a heartless mistress.  Mostly she comes steaming into my life in a fit of temper and I sit down and write until she tells me to stop, which is usually when I’m so exhausted I’m of no further use to her.  She gives me just long enough to recover and—BAM!—there she is again, banging at the door or, more frequently, breaking it down.

My Writing Process Blog Tour will continue on April 21 at the blogs of my friends Denise Alicea and Patti  Koontz :

A member of Romance Writers of America and several of its chapters since 2005, Denise has won two awards for her short stories and several finalist nominations.

Patty Koontz enjoys keeping a "wee bit of magic" or "the spirit of magic" alive by writing fantasy and paranormal romances set in the mystical glens of Northern Island and Scotland.

The Scottish History Behind
Sea Panther by Dawn Marie Hamilton 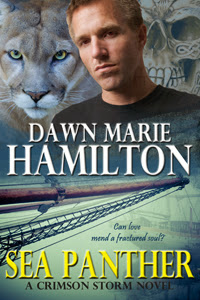 It is a great pleasure to be at The Celtic Rose today to talk about the history behind the novel.

It all started with wanting to write a vampire pirate story. I write Scottish inspired romance so I spent time searching for a Scottish / pirate connection. In the meantime, I began writing to get a feel for the characters. Robert, the hero of Sea Panther, balked at being a pirate. "Too honorable," he said. Can you imagine an honorable vampire?

Researching pirates was fun. During the research, I stumbled across The Republic of Pirates—Being the True and Surprising Story of the Caribbean Pirates and the Man Who Brought Them Down by Colin Woodard. Written within the pages I found the wee piece of history needed to set the stage for Sea Panther.

In August of 1714, Queen Anne of England died, childless. The crown would have passed to her half-brother, James Stuart, if not for a law passed in 1701 declaring no Catholic could sit upon the thrown of England. Instead, George Ludwig, a second cousin of Anne’s and a Protestant from Germany was brought to England and crowned King George I. Many were displeased having a German who didn’t care to learn the language as king. The Scots were especially unhappy, having lost their independence in 1707, but at least they had had a Stewart (the legitimate royal family of Scotland) on the thrown. Now, they had a king hostile to their cause.

The noble families of Scotland, along with many Englishmen, became determined to place James Stuart on the thrown. Thus was born the Jacobite movement.
Lord Archibald Hamilton, Governor of Jamaica, was a Jacobite. Although he later denied it, it is believed he gathered together and commissioned a fleet of private warships in Port Royal intended as a Jacobite navy.

Lucky for Robert, he got out of being a pirate in Sea Panther and joined the ranks of privateers commissioned by Lord Hamilton. Though many later called them pirates. Of course, at that point in the writing of Sea Panther, neither Robert nor I knew he’d be cursed and become a shape shifting vampire. 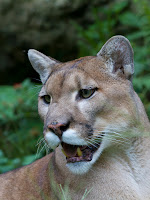 Can love mend a fractured soul?

After evading arrest for Jacobite activities, Scottish nobleman Robert MacLachlan turns privateer. A Caribbean Voodoo priestess curses him to an eternal existence as a vampire shifter torn between the dual natures of a Florida panther and an immortal blood-thirsting man. For centuries, he seeks to reverse the black magic whilst maintaining his honor. Cruising the twenty-first century Atlantic, he becomes shorthanded to sail his 90-foot yacht, Sea Panther. The last thing he wants is a female crewmember and the call of her blood.

Although she swore never to sail again after her father died in a sailing accident, Kimberly Scot answers the captain's crew wanted ad to escape a hit man. She's lost everything, her fiancé, her job, and most of her money, along with money belonging to her ex-clients. A taste of Kimberly's blood convinces Robert she is the one woman who can claim the panther's heart. To break the curse, they travel back in time to where it all began—Jamaica 1715. 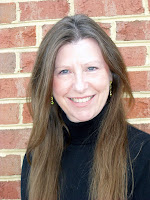 Dawn Marie Hamilton dares you to dream. She is a 2013 RWA® Golden Heart® Finalist who pens Scottish-inspired fantasy and paranormal romance. Some of her tales are rife with mischief-making faeries, brownies, and other fae creatures. More tormented souls—shape shifters, vampires, and maybe a zombie or two—stalk across the pages of other stories. She is a member of The Golden Network, Fantasy, Futuristic & Paranormal, Celtic Hearts, and From the Heart chapters of RWA. When not writing, she’s cooking, gardening, or paddling the local creeks of Southern Maryland with her husband.

Once Upon a Highland Moon

Once Upon a Highland Moon, the second book in The Highland Moon Series, takes place in the early 1600's in the Scottish Highlands and on the Isle of Mull. The hero, Galen MacKinnon, heir apparent to Moorloch Castle, receives a missive that his brother, Ewan, is being held prisoner by Alexander MacPherson, the Laird of Blackstone Castle. After traveling to Blackstone with his two friends, Cin and Duncan, Galen learns the reason for his brother's imprisonment and offers to pay for damages done. But Alexander refuses to accept his payment. Galen angrily departs with a plan to return and take Ewan by force, if necessary. 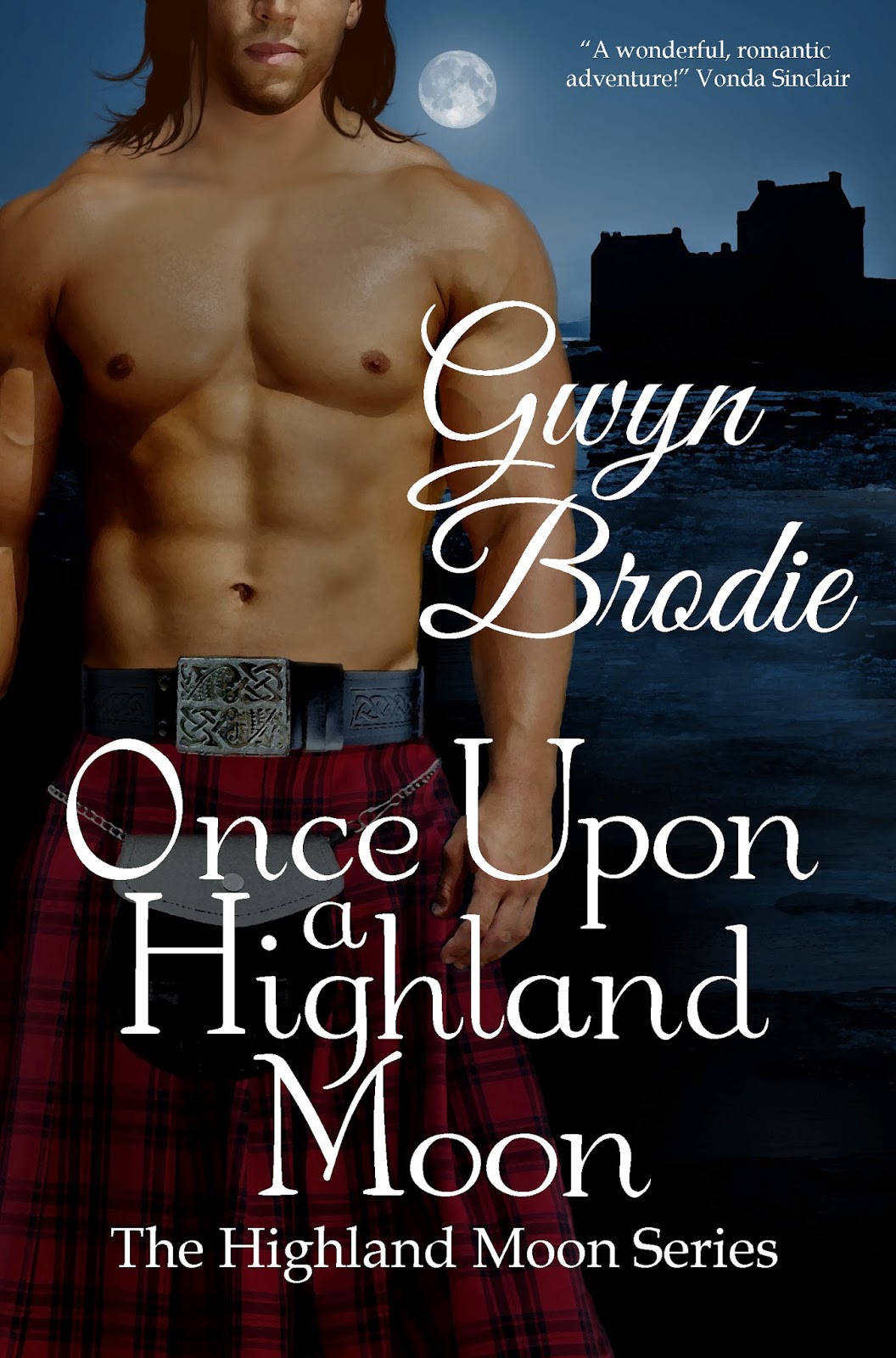 Lady Sorcha, the heroine, is betrothed to Laird Archibald Campbell, a cruel and vicious man seventeen years her senior. Once she realizes the sort of man he is, she escapes from his castle one night accompanied by her two guards and a ladies' maid. The following day the small party is seized upon by four highwaymen, one of which tries to drag Sorcha, fighting and screaming, into the wood.

Galen and his friends rescue her and she is most grateful-until he learns she is the sister of the man holding his brother prisoner, then kidnaps her to trade for Ewan's freedom. As they travel through the Scottish Highlands, the attraction between Galen and Sorcha is undeniable, but before they can be together, Galen must dig deep into his soul and put his life on the line more than once for the woman he loves.

I love hearing from people about my writing! You can email me at www.gbrodieauthor@gmail.com, or contact me at:
https://www.facebook.com/gwyn.brodie
https://twitter.com/GwynBrodie

Available at Amazon and Smashwords

The series has been re-covered by the amazing Kim Killion, featuring some of today's top romance models.

The week will be filled with fun and prizes, so head over and join the event today. Tell your friends.


The craic will be mighty!
Posted by Tirgearr Publishing at 3:21 AM No comments: