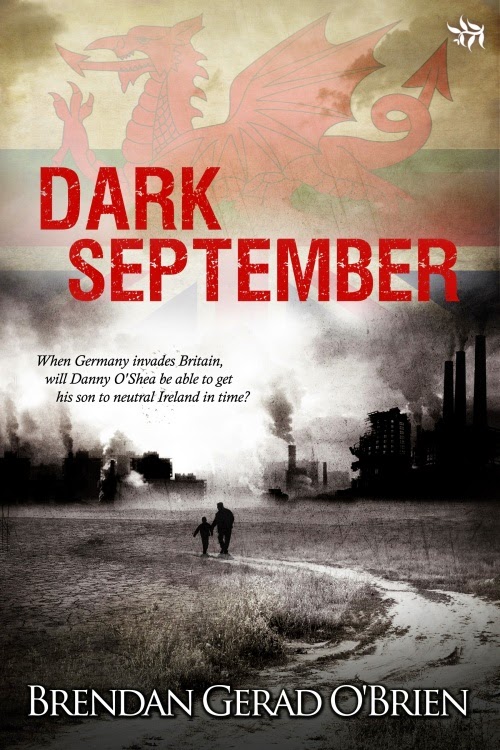 Germany invades mainland Britain. Irishman Danny O’Shea’s house is bombed and his wife killed. His young son Adam has learning difficulties. Terrified of what the Nazis will do to him, O’Shea decides to take him to neutral Ireland.

Penniless and desperate, they head for Fishguard. But on an isolated Welsh road they witness an attack on a German convoy carrying the blueprints for an awesome new weapon that was discovered in a secret laboratory near Brecon.

German Captain Eric Weiss, responsible for the blueprint’s safe transfer to Berlin, knows his job, even his life, depends on getting it back.

Suddenly O’Shea is separated from his son and catapulted into a world of betrayal and brutal double-cross. Pursued by both the Germans and the insurgents, his only concern is to find Adam and get him to safety.

‘Did you hear the latest rumour, Danny?’ he asked. His eyes were disturbed, wide and anxious, as they darted from O’Shea to the newspaper and back to O’Shea again.

‘Do you mean about …’ O’Shea felt his throat tighten as he struggled to find the words. He really didn’t want to think about it, but at the same time he desperately wanted to know what was really going on. Leaning over, he rubbed a hole in the condensation on the steamed up window. Outside, the lights from the tram flickered on the curtain of rain that came in waves along the pavement. ‘I heard something on the wireless before I came out about him being …you know?’ he eventually managed to say. ‘But I’m not sure what I believe on the radio anymore.’

‘Well, there’s nothing in the paper about it.’ Elwyn rattled the wet pages as he tried to separate them but they only stuck together more and started to tear. ‘They’d have to put in the papers, wouldn’t they? What d’you think, Danny? Wouldn’t they have to put it in the papers if there was any truth in it? Or do you think it’s just another pack of lies from that lunatic Lord what’s-his-name? D’you think it’s just another one of his tricks to upset us, like? Make us panic?’

O’Shea gave a furtive look around at the other passengers. The tram was full as usual and the steam from their wet clothes misted up the windows.

He recognised most of the men. Practically all of them worked down in the dockyards. The few women on board were heading for the nice warm tax office. It was obvious from the way they held their hands tightly across their bodies that they’d heard the rumour too. So they’d be only too aware of the dreadful consequences if it turned out to be true. But nobody spoke. Today there was no idle chatter, no swapping gossip behind gloved hands. Everyone felt the tension that hung like a fine mist in the air, so they just sat there in silence and looked out of the windows, their faces blank and their mouths drawn into thin, anxious lines.

A deep, desperate sigh rippled up from O’Shea’s chest and he couldn’t swallow it in time so he tried to block it with his hand. What in God’s name was he doing, going to work at a time like this? If the omens were so obviously terrifying, why wasn’t he at home with his wife and child? They’d still be lying in bed, sound asleep and unaware of the drama unfolding around them. 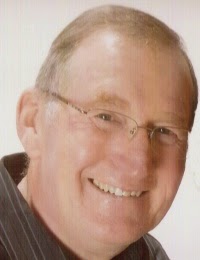 Brendan Gerad O’Brien was born in Tralee, on the west coast of Ireland and now lives in Wales with his wife Jennifer and daughters Shelly and Sarah.

As a child he spent his summer holidays in Listowel, Co Kerry, where his uncle Moss Scanlon had a harness maker’s shop, which, sadly, is long gone now. The shop was a magnet for all sorts of colourful characters. It was there that Brendan’s love of words was kindled by the stories of John B. Keane and Bryan MacMahon, who often wandered in for a chat and bit of jovial banter. Most of the ideas for the stories in the collection Dreamin’ Dreams originated there, and some are based on actual real character - though Brendan would never admit it, simply because he couldn’t afford the ensuing litigation.

Posted by Tirgearr Publishing at 5:00 AM