Looking for Charlotte by Jennifer Young 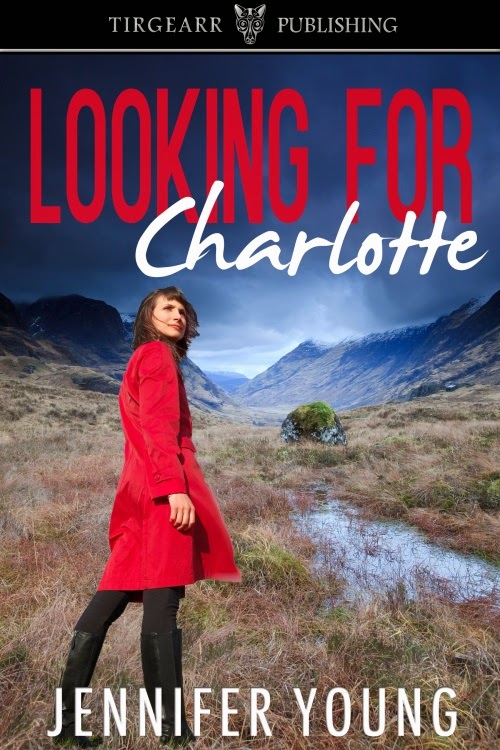 Divorced and lonely, Flora Wilson is distraught when she hears news of the death of little Charlotte Anderson. Charlotte’s father killed her and then himself, and although he left a letter with clues to the whereabouts of her grave, his two-year-old daughter still hasn’t been found.

Flora embarks on a quest to find Charlotte’s body to give the child’s mother closure, believing that by doing so she can somehow atone for her own failings as a mother. As she hunts in winter through the remote moors of the Scottish Highlands, her obsession comes to threaten everything that’s important to her — her job, her friendship with her colleague Philip Metcalfe and her relationships with her three grown up children.

Flora hadn’t thought. If she didn’t come up with something she’d have to go shopping and pass judgement on Grace in a series of beige and mustard-coloured suits. She grabbed inspiration from the headline in The Scotsman. ‘I thought I’d pop into the library.’

They parted just beyond the bridge across the Ness, Grace heading up the pedestrian streets and Flora cutting across to the library, fronted by the long line of cars full of Saturday shoppers manoeuvering towards the car parks. She wasn’t a regular library user, but once the idea had taken her she remembered that there was something she wanted to check.

In the reference section, she stood for a moment before selecting the Ordnance Survey map that covered the area south of Ullapool. She knew it quite well. When the children were young they’d gone walking there regularly, able to reach the open spaces without pushing the slowest (usually Amelia, though Beth was the youngest) too hard. They’d graduated to more difficult walks, then stopped walking altogether. Eventually she had developed a fondness for the slightly less bleak terrain to the south of Inverness, where she went occasionally with Philip and his brother, or with a colleague from work. She hadn’t been out all year, not since before Christmas, in fact, and even then they’d been rained off not very far in and driven back to the comfort of a tea shop in Grantown-on-Spey.

A nostalgic yearning for a good long walk swept over her as she unfolded the map and smoothed it out across one of the desks. She and Danny used to look at maps together plotting their routes. His stubby forefinger, with its bitten nails, had traced the most challenging route to start, sliding along the steep and craggy ridges until he remembered the children and reluctantly redrew, shorter, safer.

She thought she knew the place where Alastair Anderson had left his car, and found it easily enough. Under her fingers the map was a flat web of never-parallel lines, of ugly pock-marking that told of steep, loose rocks and inhospitable terrain, just the type of place they used to walk. Somewhere up here, Charlotte Anderson was buried. Carried there, already dead? Or walked there and then killed? Surely neither was realistic; surely they would have found her, with their dogs and their mountain rescue helicopters scouring the ground for new scars, and all the rest of the equipment they had at their disposal.

Looking at the map had been a mistake. It was obvious now. Besides, she couldn’t see it any more; all she could see was the image of Suzanne Beauchamp, that beautiful face with the cold façade, like a wax death mask from Madame Tussauds. More poignant, of course, since it must hide a struggle, a struggle to conceal or to suppress a deadly mixture of grief and guilt.

‘Go away!’ she said softly to this mirage of a grieving woman, a little afraid of its power. ‘Go away!’ And then, in the only defence left to her, she began to fold the map away. 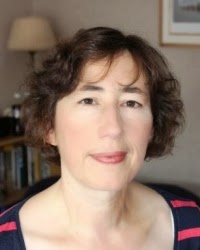 Jennifer Young is an Edinburgh-based writer, editor and copywriter. She is interested in a wide range of subjects and writing media, perhaps reflecting the fact that she has both arts and science degrees. Jennifer has been writing fiction, including romantic fiction, for a number of years with several short stories already published. Thanks You For The Music, which is set on the Balearic island of Majorca, is her first published novel.

Posted by Tirgearr Publishing at 6:00 AM