CONFESSIONS OF THE CLEANING LADY 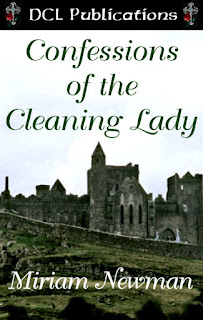 In the spirit of the holiday, here's a little romp featuring faeries, four-footed creatures and two people looking for love in all the wrong places.  Set in the foxhunting country of Pennsylvania and Ireland, Confessions is a contemporary fantasy romance available as an ebook at www.thedarkcastlelords.com/confessions-of-the-cleaning-lady.htm.

Stowed away in the trunk of a pharmaceutical representative from Killarney, a band of feisty Irish faeries is released in the outlying suburbs of Philadelphia, where Malachi McCurdy sets up bachelor housekeeping.  In need of a housekeeper, he is introduced to Shawna Egan, unaware that "his" faeries have taken up residence in her oak tree.  Shawna, who was raised with tales of the Fair Folk but never realized she can see them, learns it the hard way when she cuts down the tree in which they made a home.  She gives them another and faeries always repay their debts.  But Shawna has secrets, and although she knows Mal is what she is seeking, will he want her after he has heard the confessions of the cleaning lady?
Posted by Miriam Newman at 8:01 AM