As if life wasn't exciting enough right now with two blog tours running simultaneously on two different books...Book III in my historical romance Comet series, Clothilde, will release in May. Those who have read Flame of Normandy and The Comet will have learned something about the Norman Conquest of England, the Battle of Hastings and the events that presaged it. In particular, the Battle of Varaville is little known in history, but it was the turning point in which the forces of the King of France were vanquished by those of William of Normandy--nominally his vassal! Now that takes real nerve. See that battle in Book I, Flame of Normandy, and how it charts the course of the du Flaumier family. 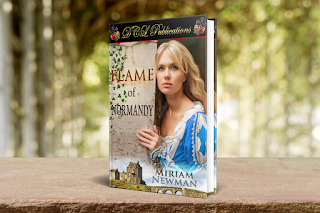 Posted by Miriam Newman at 5:51 PM