Available Now: Harry McGilloway I Will Sing My Songs For You 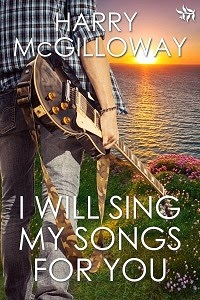 I WILL SING MY SONGS FOR YOU
Harry McGilloway
Amazon US, Kindle UK, Smashwords

Visit Harry on the Heart of Fiction blog today for your chance to win a copy of this book!


Young musician, Simon, is the songwriter and front man of the very successful group, Simon and the Heartbeats. He is surrounded by all the trappings of a rock-star life style.

On a song-writing break to rural Inishowen in County Donegal, that borders the troubled province of Northern Ireland, Simon meets and becomes enchanted with the very beautiful Marie-Clare. As their lives being to entwine, can their relationship survive the tragedies and misunderstanding that will invade it? As Simon's fame and fortune climbs to a higher plane, Marie-Clare has her own demons to conquer.

Throughout the intriguing twists and turns, we encounter breaking points and endurance, tenderness and vulnerability, deep sorrow and intense love.

This is an in-depth look at the workings of the music industry machine and portrays the reality behind the popular misconceptions.
• • •
The evening sun sank slowly on the horizon like a big orange button slipping gently between the seams of where the sky meets the sea. From the harbor, Simon watched until it was gone.

His gaze remained fixed for a few moments longer and then he turned away. Reaching down he picked-up his notepad and pen, a Walkman and some cassette tapes that lay scattered by his feet, and then packed everything into an old leather briefcase he had tucked behind the wall he was sitting on.
He lit another cigarette and gazed some more.

Simon--christened Steven Kelly all but twenty-four years ago by a woman who had neither husband nor a wanting for a child--was a young musician. A controversial poet who sang his expressions for a generation that raged against the system. Tall and handsome with long, wavy black hair, his slim build and swarthy skin gave him that Mediterranean look that was so easy on the eye. Music is his life, his friend and indeed his salvation. If he where not playing music, he would listen to it, sometimes maybe debate on it, but more often than not thinking about it. Tonight was one of those nights he is thinking about it.

Simon had taken time away from his very popular pop/rock band, Simon and the Heartbeats. Feeling the need to explore something different musically, he believed if given enough space he might just come up with something truly amazing.

He took the last drag from his cigarette.The roar of the sea and the chill from the night air made him shudder. Turning his jacket collar up and then reaching for the old leather brief case, he hurried back to his car.

His intention was to get here much earlier in the day, but a misunderstanding at a British army checkpoint, one of the many that guard the disputed border that divides the North from the South of Ireland, had waylaid him. The squadron on duty had become very suspicious of his Dublin registered sports car and they where not at all convinced by his explanation for the visit. The IRA mortar attack on the Derry checkpoint the night before had the squadies still jumpy and they were not taking any chances.

Moving their suspect to an enclosed compound for interrogation, Simon sat alone in a small gray room with only a table and some empty chairs for company. Time passed so slowly. While waiting, the anxiousness of his over-active mind struggled to interpret the raised shouting of angry voices that seeped all the way through the separating walls from the adjoining space.

In there another interrogation took place. Unlike recording studios, these rooms where not built to be sound proof. At some point, the din from the other space suddenly stopped with the sound of a slamming door. The impact from this had heightened Simons awareness to his vulnerability. He cringed at the thought of what was yet to come. Moments of silence then passed as he sat there alone and waited, and just when he least expected it, the door to his space opened in a hurry. Two plain-cloths from Special Branch escorted by two in uniform from the military marched in. The trepidation and terror of their training followed with them as they entered the room.

He had noticed that the two in suits showed signs of sweating when they took to their places across the table from him; the two military took up position at either side of the doorway, securing any escape from this room. As the suits continued with their accusing and hostile questioning, Simon repeated that he was only passing through on a holiday break.

One of the suits from Special Branch, the tall slim one with the mustache, remarked how strange it seemed at this point in these troubled times that a stranger who has neither family or friends living in the province would want to come and visit.

“What really is your business here, me lad,” he whispered up close into Simons face. The warmth from his stale breath was as rank as the cheap suit he wore.

The implication from the Special Branch worried Simon. “I know no one here. I’m a musician on holiday,” he answered awkwardly. Seeing his weakness, they went to great lengths to install fear in Simon and show their authority.

“Music is it. Our agents say that weapons are being smuggled across the border in show-band vans.”

Their intimidating behavior became yet even more argumentative when they showed Simon photographs of known militants who where on the run. It was like good-cop bad-cop. One would ask the questions and show the surveillance pictures while the other studied their preys’ reaction. The smaller more powerfully built one of the suits banged heavy on the table with his fists, and then pointing to the photographs of the wanted, he roared out each of their names in anger, as if it would prompt Simon into remembering one of them. The taller one with the mustache concentrated on Simon’s expression.

“Maybe just a flicker of the eyelids or a nervous twitch from the cheek, just show me the slightest sign of your guilt you Bastard and I will have you,” the suit with the mustache seemed to be thinking. But there was none. Simon knew nothing.

This story will come at you from many angles and test the bounds of vulnerability, endurance, and love. It's always been said to write what you know, and Harry gives us the inner workings of a rockstar lifestyle and the music industry as a whole, no doubt from his experiences in the business and witnessing these things going on around him. These experiences has made for a gripping backstory . . . Up front, we have a man who dreams of doing something big with his music. It was the time when dozens of singers and bands were coming out of Ireland and making it big in front of a worldwide audience. Simon wants a piece of that! And he gets pulled into the seedier side of the business. The reader can't help but be pulled in with Simon. We stand beside him through it all, and feel for the life he wants with Marie-Clair . . . Harry's unique voice in telling this story means the reader shouldn't try rushing through the book. While you may finish the story in a night, not wanting to put it down, the words should be read methodically to capture the unique inflection of an accent from such a beautiful part of Ireland. It does seep through! And it will enrich the story tenfold. ~ Heart of Fiction blog 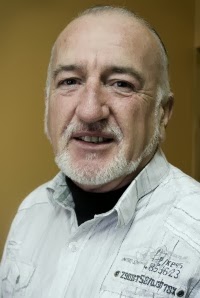 On the 18th of March 1954, Harry Mc Gilloway was born into a city steeped in culture. Growing up in Derry City, Northern Ireland—it is also known as the City of Song—was a great education for a youngster like Harry. It is a wonderful city where it seems like everyone either sings, dances, plays instruments, or tells stories.

If Ireland is the land of saints and scholars, then Derry City is the place of imagination and dreams. Though history claims a religiously divided community in this city, this is only partly true. When it comes to performing, arts, music, poetry, song, and dance are the common grounds that bind all of the tribes together.

'Its the music that is there in the Derry air,' a comment that was once spoken by another great son of Derry, the famous composer, Phil Coulter.

In the early years, Harry's first paid work came as a drummer in small pick-up bands and in time this developed into touring as a professional musician. Over the years, his profession took many turns.

Booking agent, events promoter, tour manager, bar owner—to name just a few of Harry’s occupations. He now resides in Moville, Co. Donegal along with his son—the youngest of his four children—who is also a musician; performer and composer with the band Follow My Lead. His son’s style of music is different to that of his fathers, as was Harry’s was different to those who went before.

What’s really important is that the music still plays on.

Posted by Tirgearr Publishing at 5:36 AM

Email ThisBlogThis!Share to TwitterShare to FacebookShare to Pinterest
Labels: Contemporary Fiction, Donegal, Harry McGilloway, I Will Sing My Songs For You, Ireland, Irish music, romance