Due to the storm and some internet issues this is a bit late.

Observed for centuries in , and most of the Isle of Mann, Samhain, one of four Gaelic seasonal festivals, traditionally falls on Oct 31-Nov 1. Half way between the Autumn Equinox and the Winter Soltice it celebrates the harvest and beginning of winter—the dark half of the year. Like Beltane, it is believe to be a time when the door to the ‘other world’ opens and the souls of the deceased and other unearthly beings can enter our world. Described in some of the earliest Celtic literature, it has been linked to All Saints Day since at least the 9th century. With a deep rooted belief in myths, superstition, omens, magic, the power of good and evil the Celts believe many a legend took place or began on Samhain.

At this time of year, cattle and livestock are brought down from the pastures and slaughtered for winter. Bonfires are lit and like during Beltane, the Celts walked between two fires and drove the animals ahead of them as part of a cleansing ritual, and the bones of the slaughtered animals were cast into the flames. The smoke was believed to have protective powers and it became tradition for families douse the fires in their hearth and to use the flames of the bonfires to relight them. This was seen as a means of protecting their home and a bond with the other families in the village.

In , these bonfires were called samhnagan, and they were usually made from anything that would burn. It was later believed that in some parts of , a ring of stones was laid round the fire. Each stone was meant to represent one of the people present.  Once the ring was arranged, they ran round the fire with a lit torch and continued to do so well into the night, chanting and honoring those from the spirit world.  In the morning, if any of the stones were not in the same place, it was said that the person for whom it laid would not live out the year. A similar practice was observed in north and other areas of Brittan.

Feasts are prepared and the souls of the dead loved ones were invited to join in, a place set for them at the table. They told stories about those who had passed and it was believed they would be rewarded and blessed by these spirits.

Along with their fascination and curiosity about the occult, fear of evil souls and spirits prompted the need for protection. Fairies were also thought to steal humans on Samhain and avoided going near what they believed to be the fairy mounds. People stayed close to home or, if they had to walk at night, they turned their clothing inside-out and carried bits of iron and salt to keep the fairies away. Offerings of food were left by the door for the fairies to avoid angering them and to make sure they had their blessings in the new year.

The need to protect against fairies and spirits on Samhain led to rituals like guising, or as it is known in west Scot dialect ‘golshans’. In the 1800s there are records of people dressed costumes, carrying hollowed out turnips as lanterns, and visiting from house to house, collecting cakes, fruit and coin.

While Halloween has replaced Samhain festivals in most areas of the world, it is still seen as a spiritual holiday for Wiccans and Celtic neopagans.

So light your fires, hollow out your turnips, and don you disguise, for tonight the fairies and spirits will roam the earth and one can’t be too careful.

I write primarily historical romance set in medieval Scotland, but also have WIPS set during the Civil War, War of 1812 and ones dealing with Native American Culture. I also have a few Romanic suspense, time travel and paranormals on the go
To learn more visit my web site 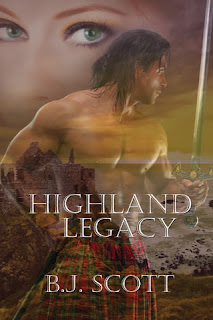