A BIRTHDAY PRESENT FROM MY EDITOR

My gracious editor, Jean Watkins at DCL Publications, gave me a very special gift on August 2 when she released my book The Eagle's Woman. Set in 856 A.D., it is Book I of The Eagle, a series about the Vikings in Ireland. 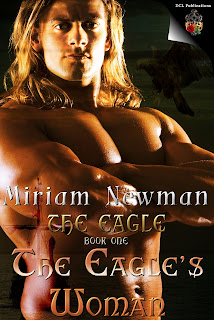 Abruptly, he set both feet beneath himself and got up, undaunted by the motion of the ship which made such things impossible for Maeve. She had not noticed a wineskin hanging from the rigging, but she saw him reach for it then. “I cannot help your children.” He took a fulsome swig. “Just mine.” Wiping the neck with his wet tunic, he held the wineskin out to her.

It was decent wine, probably from their monastery, tasting of strength and summer. She needed strength to remember that summer would come again, so she drank.