The Druid's Brooch Series is coming to an end!

Follow a family saga back through the centuries, all holders of a magical brooch whose origins are hidden in the mists of time and Irish legend...

It started in 1846, with Legacy of Hunger. Valentia left her home in the United States to travel to Ireland. She traveled in search of her grandmother's family and a mystical brooch she'd heard tales of since childhood. A brooch which haunted her dreams....


Then, in 1800, Esme and Eithne were twins, ripped from their childhood home. Esme chose to stay in Ireland when her parents emigrated to America, and lived with her Traveler husband, Sean. Eithne married a local land-owner, but that would never be enough for her... see the rest in Legacy of Truth.


In 1746, Eamonn and Katy fell in love, but she was forced to marry a man not of her choosing. Her father sold her to a horse trader, and she had to come up with clever ways to escape brutality. Read their love story in Legacy of Luck.


Going back to the 12th century, Orlagh is a Seer to her chief in Misfortune of Vision, and has been for over forty years. However, when her visions only show death and war, he refuses to believe her prophecies, forcing her into a quest in the middle of winter to prove herself.


When Orlagh was a young girl in Misfortune of Song, she fell madly in love with a charming bard, but her grandfather, Maelan, is displeased with her choice of a man with no honor. She defies him and escapes, only to find her lover isn't what she imagined.


Maelan's childhood was full of pain and danger, as his grandmother, Etain, tried to shield her husband's abuses. Instead, she must escape in Misfortune of Time, finding a place of safety for herself and abandoning Maelan.


In the 6th century, Conall had vowed to his father to take care of Lainn, his little sister. Her studies with the druids and ability to sing to the birds made her a delightful child. But when their step-father grew cruel, they had to escape to another world in Age of Saints.


In Age of Secrets, Fingin had no friends or family, but when he rescued a half-drowned wolfhound from the river, Bran became his closest friend. Together they embarked on a quest for a mysterious woman into the land of Faerie.


Now, in the final installment of this epic family saga, Cliodhna must make a decision between her own family and her duties in another realm. Age of Druids, and the revelation of the origin of the Druid's Brooch, is due out later this year.


An excerpt from Age of Druids:

Clíodhna’s baby’s screech stabbed through her skull, making her want to abandon Aileran and escape into blessed silence. She wished to be somewhere in the forest, on a hill, surrounded by buzzing bees and yellow flowers. Perhaps flying over the rolling hills with a flock of starlings.


Her brief idyll crashed when another scream broke through. She sighed and picked him up, rocking him against her shoulder while stirring the iron pot. She cast an eye for her middle child, Donn, who helped a lot, but tended to wander off and get into trouble. She found no sign of him, but someone yelled at the horses outside. He must be doing farm chores.


Aileran cuddled into her shoulder, let out a wet burp, and promptly fell asleep, a warm weight against her neck. His hand curled around a hank of her black hair, pulling just enough to make her wince. At the same time, his adorable smile invoked her own. Despite her frustration, she loved her baby boy. It had been a dozen winters since her womb had quickened, but she’d been glad of the new child after so many winters, especially after losing one daughter at birth.


Clíodhna glanced out the window of the large roundhouse. She glimpsed Donn, unharnessing the plow with practiced hands. Though he counted but fourteen winters, he needed to be the man of the house since his father disappeared.


The baby fussed again, whimpering in his sleep. She rocked him, still stirring the stew in the pot. They’d only a few meals of dried lamb left from the autumn harvest, but still had plenty of onions and turnips, as well as chives and garlic. At least Oisinne left them a workable farm before he disappeared. She used to sell small wooden carvings she’d made, but who found time for such frivolity now?


The odor of char caught her attention, and she cursed as she tried to swivel the pot off the fire. She needed to add more water before it scorched. Baby still in hand, she bent to the bucket, trying to lift it without waking the child. She failed.


His screams shot right through her ears, a physical pain that made her drop the bucket. The water splashed on the flagstone floor.


“Son of a diseased donkey!”


She whirled to see Ita, a blond woman from the village, standing in the doorway, her hand upon her heart.


“Sorry, Ita. Can you help me for a moment? I need about five extra hands.”


“I can see that. Here, let me take the wee one.” She reached out to take Aileran, who yanked on Clíodhna’s hair so hard it brought tears to her eyes.


She tried to be patient with her son. “Let go, Aileran, there’s a good babe.”


A crash outside made her whimper.

A peak at The Curse Breaker by April Jones

Hello, friends. I'm so excited to be apart of The Celtic Rose today to share my debut novel with you.


Eris's sister is missing, and Magic is definitely to blame! Eris knows only Magic can bring her back, but even as a Light Magic born, is she strong enough to save her sister?
Knox is cursed to spend his days as a corpse and his nights trying to find the prophesized girl who can break the curse. If he can't find her by his 20th birthday, he'll stay dead forever.


Eris and Knox will discover there are scarier things in their path other than curses and half-truths. If the Queen of the Underworld has her way, everything and everyone will die. The only thing standing in her way is the curse breaker, and Eris will have to choose between saving herself or everyone she loves. 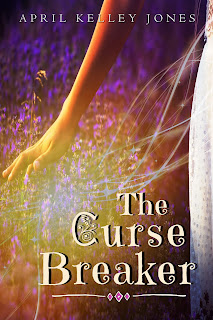 
The Queen paced in front of her blood-red throne. After so many years, she was finally going to meet the thief who had stolen her amulet. And when she did, she was going to slowly sever every one of their limbs, one by one, before feeding their soul to Madame. The thought made her smile a wicked smile. That would teach them to steal from the Queen of the Underworld. Stupid humans were always trying to prolong their lives in the most feeble ways. Tonics, magic, deals. Death was something that could never be avoided entirely, but they didn’t seem to think that universal rule applied to any of them.
Three more months and her amulet would call to her like it always did when she could get free of this place, and then she would have her revenge. Whoever they were, they had been granted twenty years that did not belong to them, and she would make sure they paid for that stolen time. That was part of her job, after all, not that she was complaining.
“I apologize for being late, your Majesty.” Madame hurried in, a little out of breath.
The Queen turned and stared at a slightly disheveled Madame. Normally her long hair was braided and wrapped elaborately around her head, causing her to look like a long-lost ancient queen from the human world.
“We can discuss that in a moment. I called you here because I have a proposition for you.”
“I am but your humble servant, your Majesty.” Madame feigned humility they both knew she did not possess.
The Queen rolled her eyes and continued. “If you can find the insect that stole my amulet before three months are up, I will give you a special treat.”
“I will find the human. I will make it suffer.” Madame smiled.
“No. You will not touch a hair on its head. Bring it to me, and I will deal with it.” Madame looked disappointed but nodded.
The body of a girl suddenly appeared in the air in front of them, along with one of her servants. Madame examined the girl for a moment, but then seemed to lose interest once she realized the girl was neither alive nor dead. The Queen walked over and swept the girl’s long black hair back enough to see her face. She scrunched up her nose at the young girl’s beauty.
Snapping her fingers again brought new servants running.
“Take her and put her with the rest of the cursed.”
The women gently plucked the girl from the air. The Queen wondered how many bodies lay waiting in the limbo between life and death. Not that she would forgive the vermin that had stolen her amulet, but she would enjoy watching the human be tortured by all the souls it had trapped prematurely in the Underworld. Eternity would not be long enough for all the lives that heartless human had taken trying to break the curse that came with stealing something born from the Underworld’s power. Since the human had not been able to break it thus far, she continued to collect bodies stuck in the in-between, their lives connected to the cursed one’s. When that insect finally died, so would all of those souls, and she would have a lovely new collection of pets.
The Queen smiled to herself as she watched one of the servants wrap her arms around the girl’s legs while the other wove her arms around the girl’s back. Slowly they carried her out, leaving the Queen to her thoughts again.

Want to keep up with me on social media? You can find me here on: 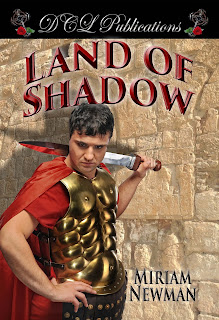 Something for historical romance fans...


In the year 70 A.D., the Roman Emperor, Vespasian, has left his son, Titus, in charge of laying siege to Jewish rebels in the city of Jerusalem.

Among those sent there are Tribune Marcus Acurius and his son, Domenicus.  Adopted in Britannia to become Marcus’s successor, Domi knows that he is half Roman and half Celt.  He has given his allegiance to Marcus, but he still hears the singing of his Druid ancestors in his bones.

When the siege is over and he is forced to choose between honoring the living and the dead, which will he choose?

Will be available in ebook or print releasing 9/14/20.  Ebook pre-order is available at:  https://www.amazon.com/Miriam-Newman-ebook/dp/B08CCJN7Z5